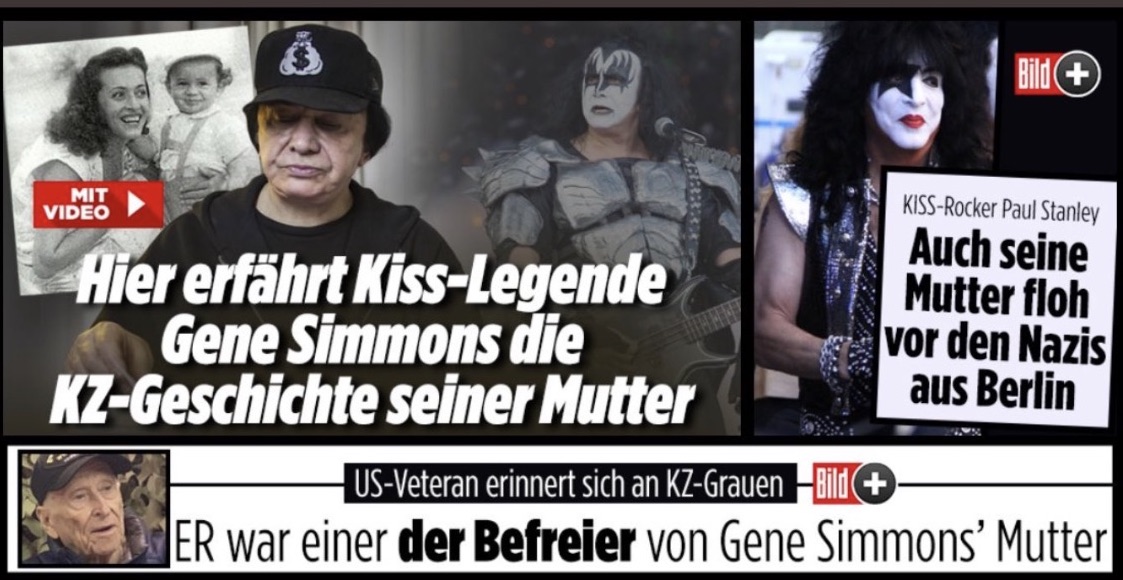 Germany’s largest newspaper, BILD did an exhaustive investigation into the horrors of Nazi Germany’s concentration camps of World War II.
My Mother, Flora Klein was 14 years old when she was taken into the camps, along with the rest of our family. Only my Mother survived.
Never forget. There were 2 million Catholics, 2 million Romani, 6 million Jews and countless political dissidents, and other non-Aryan victims. All taken to the gas chambers, or were shot or simply died from malnutrition and slow starvation.
Below is the translation from the original German.
Never Forget. Never Again.

Her surviving became an important part of his living …

In five decades of rock ‘n’ roll, the four steel strings of his bass guitar have left deep furrows at the fingernails of his right hand. The tips of his fingers are callused. With these fingers, KISS frontman Gene Simmons (70) gently strokes a name and the number 318 on a document – “Flora Klein”. It’s his Jewish mother’s maiden name. The document records her liberation from the Mauthausen concentration camp 75 years ago.

The liberation marked the end of an ordeal that included living in a ghetto in Budapest and in three Nazi concentration camps. The young woman (then 19) was liberated on 5 May 1945. Simmons sees the historic document for the first time. 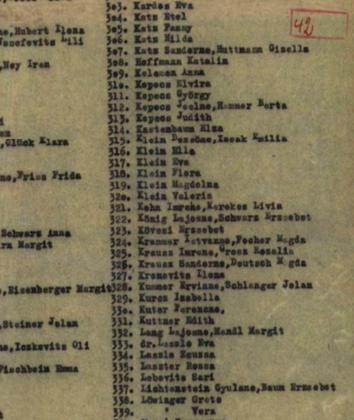 Prior to the corona crisis, BILD am Sonntag met the rock star with the famous tongue in Leipzig for a very personal conversation – without makeup or a mask. The conversation concerned the fate of his mother during the Nazi time – a fate that was mostly unknown to him. Flora Klein was born in Jand (Hungary) in 1925 and died in December 2018 in the United States, aged 93.

“I lost my mother. My mentor. My moral compass,” the KISS singer wrote, deeply saddened, when she died. He thinks of her and her values every day. Once he was told by her: “I’m supposed to be a good boy. That’s what I wanted to be for her.” Simmons told BILD about this close connection in an interview. He also said that his mother hardly ever talked about her time in the concentration camps. “I knew almost nothing.”

BILD am Sonntag took this statement as a cue to search for information. The result is dozens of documents and yellowed pages. Simmons wants to know EVERYTHING. A quiet meeting with one of the world’s loudest musicians.