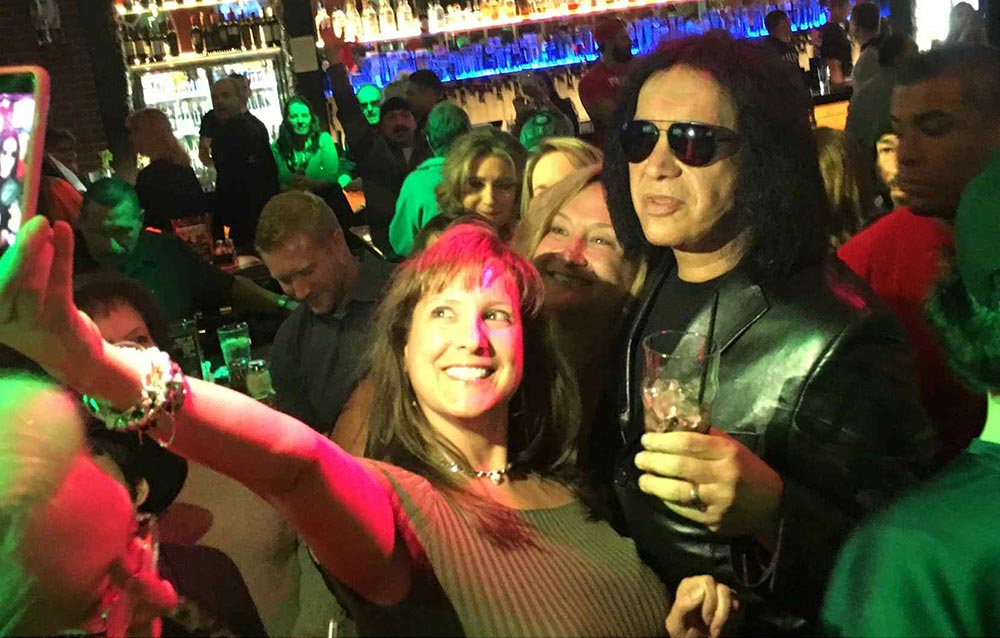 The 9,900-square-foot restaurant was packed with fans and restaurant regulars excited to meet the rock legend.

“The locals in Rancho Cucamonga seemed to have really welcomed us with open arms. We’re happy to be here,” Mesko said.

Located across from Victoria Gardens at the Foothill Crossing shopping center on Foothill Boulevard, Rock & Brews in Rancho Cucamonga is the brand’s eighth in California. New locations have recently opened at the Crossings shopping center in Corona and at San Manuel Indian Bingo & Casino in Highland, where Simmons also has made the rounds.

The restaurant features craft burgers, steak, barbecue chicken, fish and a selection of 64 beers. Simmons was enjoying a cheeseburger and fries while meeting with fans who found out about the event either at an earlier visit to the restaurant or via social media. He was in full huckster mode.

“How great is this for us and for you Rancho Cucamonga,” Simmons said. “You’ve got something to crow about, this is really good. I’ve tried the chicken wings, the kale salad, the pulled-pork sandwich, it’s all really great.”

Kiss super-fan Ray Franco, 49, of Riverside was eager to have Simmons sign autographs. He was wearing a Kiss T-shirt and was clutching several photos of Simmons. Franco has been to most of the Rock & Brews locations in the Southwest, in addition to decades of attending Kiss concerts.

“I think it’s a pretty good concept,” Franco said. “They have a lot of locations now. I’ve been to seven of the locations.”

Laura Greterman, 50, of Rancho Cucamonga became a Kiss fan in 1978 when she was in the sixth grade. Simmons and Greterman posed for photos together, which she described as “the best thing ever.”