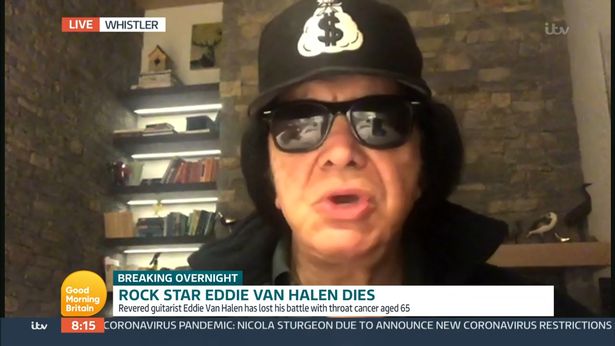 The musician and songwriter was confirmed to have died on Tuesday, after a battle with throat cancer.

His family paid tribute to the late star following his death, with Kiss legend Gene confessing he was “devastated” over the news.

Clearly emotional, Gene told GMB hosts Susanna Reid and Piers Morgan how he was “caught up” over his loss.

Viewers were moved as he remembered Eddie in a sweet tribute, and admitted he would be bawling with tears if he removed his sunglasses on air – explaining why he was wearing them.