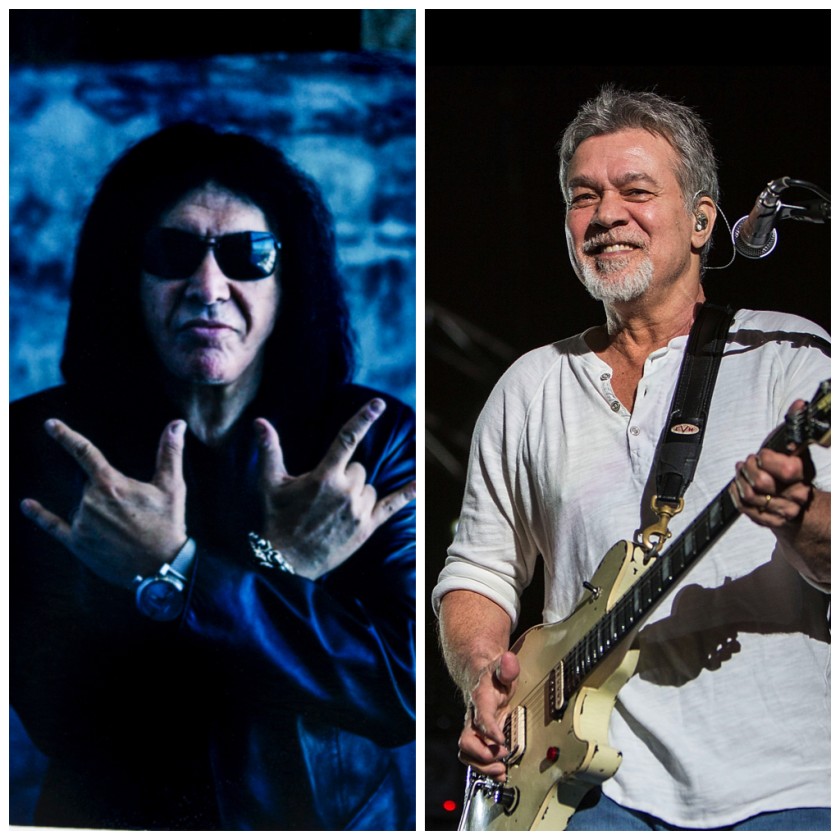 Visitors to the Beverly Hills home office of Gene Simmons have often been treated to the KISS frontman pressing play on a favorite musical artifact: a cassette copy of demo recordings he produced in 1976 for a young band called Van Halen.

He discovered the hard-rock quartet from Pasadena by accident one night at the legendary, now-defunct West Hollywood rock dive the Starwood. Decades later, he still took pleasure in sharing a sampling from the 15 songs he helmed, including early versions of “Runnin’ With the Devil” and “On Fire.”

“Your jaw will drop when you hear that demo and all that music coming out of four guys,” Simmons says now, following the news that guitarist Eddie Van Halen died Tuesday from throat cancer at age 65. “He knew the greatness in his fingertips. You could feel the confidence as soon as he picked up a guitar, but there was none of this ego and bullying that a lot of talented people seem to have. I’m no stranger to that myself.”

The guitarist was barely out of his teens when Simmons first met the band, and the news of Van Halen’s death seemed to land hard for the sturdy 71-year-old KISS co-founder. Simmons posted a brief, tearful video to Twitter: “I’m heartbroken. He wasn’t just a guitar god. … He was a gentle soul. What can I say? Rest in peace, Eddie.”