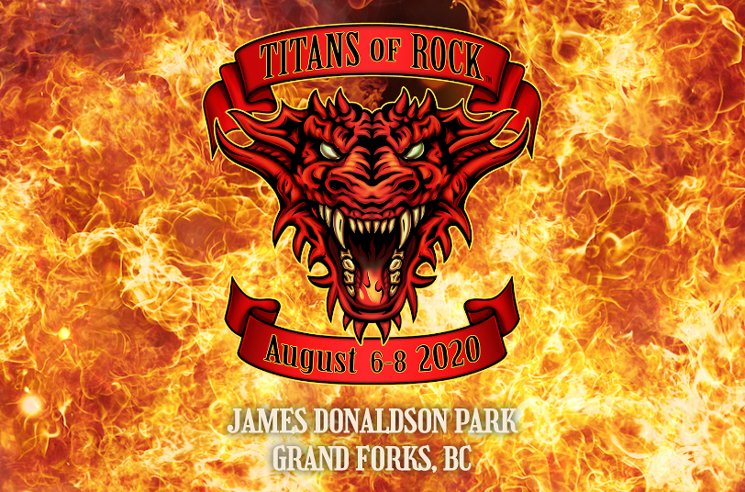 Rock music festivals in Canada have had their fair share of logistical troublesthese past few years, but Gene Simmons is now set to try his hand at founding a new event in British Columbia later this summer.

The KISS frontman and Canadian promoter Chuck Varabioff are co-producing a new festival dubbed Titans of Rock in Grand Forks, BC, set to run in James Donaldson Park from August 6 to 8.

A festival website bills Titans of Rock as “an immersive three-day classic rock music festival like no other, featuring some of the most legendary names in rock and roll.” The site notes that the lineup will be revealed tomorrow (January 17).

Titans of Rock marks the rebranding of Varabioff’s CannaFest, which ran in Grand Forks from 2015 through 2018. The promoter partnered with Simmons after the KISS singer’s solo band performed at CannaFest’s final edition.

Varabioff — who last year described himself to the city’s 102.3 Juice FM as “a guy growing up in the ’80s in Grand Forks who was listening to KISS records in Grade 5” — said of the partnership, “I never would’ve imagined in a million years that I’d even meet him, let alone partner with him to go ahead with something as big as we’re going ahead with…it’s absolutely amazing.”

Tickets for the inaugural Titans of Rock festival are on sale now, with single-day stubs starting at $150. “Super VIP” tickets, which include backstage access, photo and autograph opportunities, are already sold out. The fest’s site adds that a portion of proceeds will be donated to local charities.

Further festival information can be found through Titans of Rock’s website.