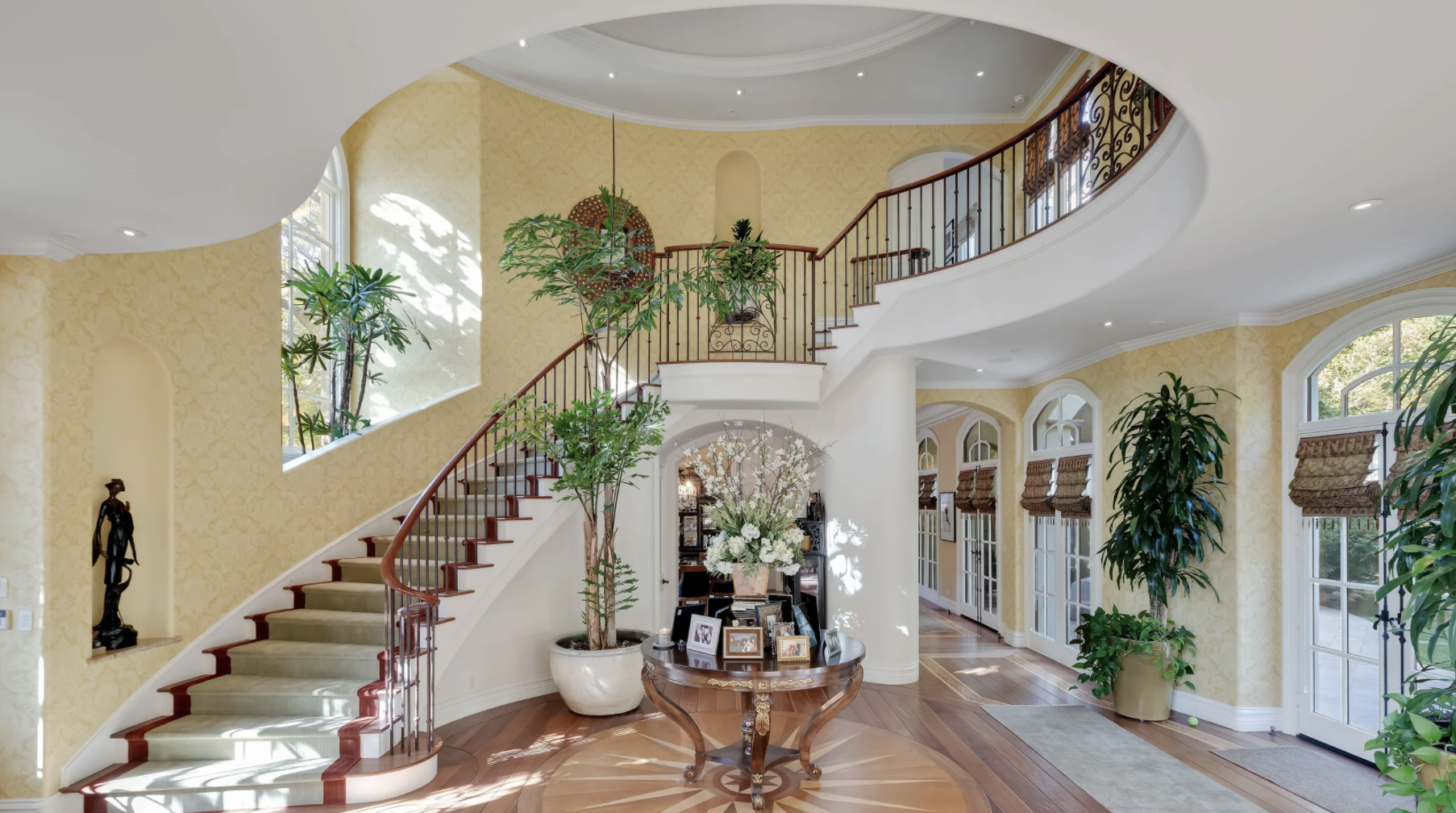 “If you aren’t a rock star, this house will damn well make you feel like one,” the Kiss frontman tells AD

This pun writes itself: Rocker Gene Simmons is kissing his Beverly Hills property goodbye. The Grammy-nominated Kiss cofounder has put his home of almost 40 years on the market for $22 million. The news comes just two months after he listed another smaller, more modern home in the Laurel Canyon area of the Hollywood Hills for $2.2 million.

The palatial pad is a whopping 16,000 square feet and sits on two acres. It has seven bedrooms, seven full bathrooms, and two half bathrooms, plus a host of features fit for a rock star, including a 60-foot water slide, a tennis court, and room for 35 cars thanks to a large garage and motor court. The front door opens to reveal a large foyer with high ceilings, and the main living space consists of a two-story great room with dramatic floor-to-ceiling windows and multiple seating areas. An upstairs hallway looks down on the great room.